This month I will look at VAERS data to see if there are any gender-related trends. It is easy to search for this information: simply Graph Vaccines and Gender. The graph appears here (with some vaccines removed where the numbers are insignificant). For an explanation of the vaccine codes along the left side of the graph, click here or here. 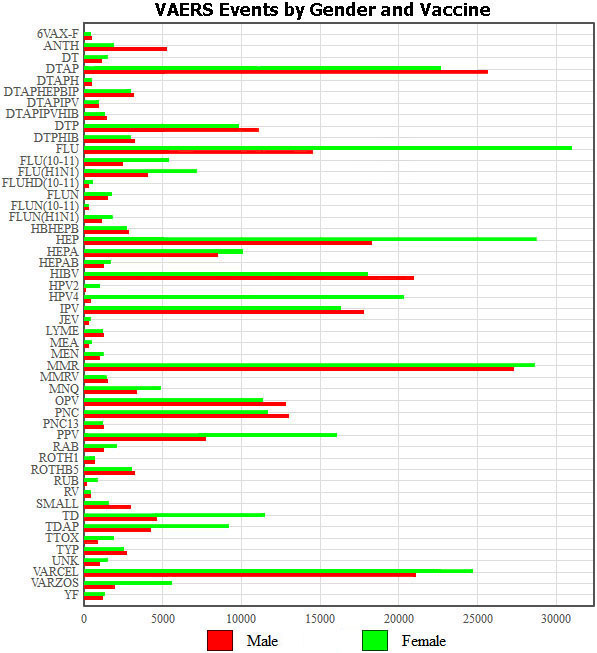 However, some vaccines do have significant differences. Some of these differences can be easily explained:

But some vaccines have significant differences that defy explanation, and all of them show more females being affected than males:

As the table shows, there are very few VAERS cases where an HPV vaccine was given along with one of these others. Even TDAP, which has a large number of VAERS cases that include an HPV vaccine, does not show enough inclusions to explain the disproportionate female affect of the TDAP vaccine.

Some of the vaccines that affect more females than males have alternate versions which do not show a disproportionate affect for females:

Does this mean that females would be less likely to experience an adverse event following Flu, Hepatitis B, or Pneumonia vaccinations if they chose these alternatives? Such a question is best left to you and your doctor to discuss and decide.